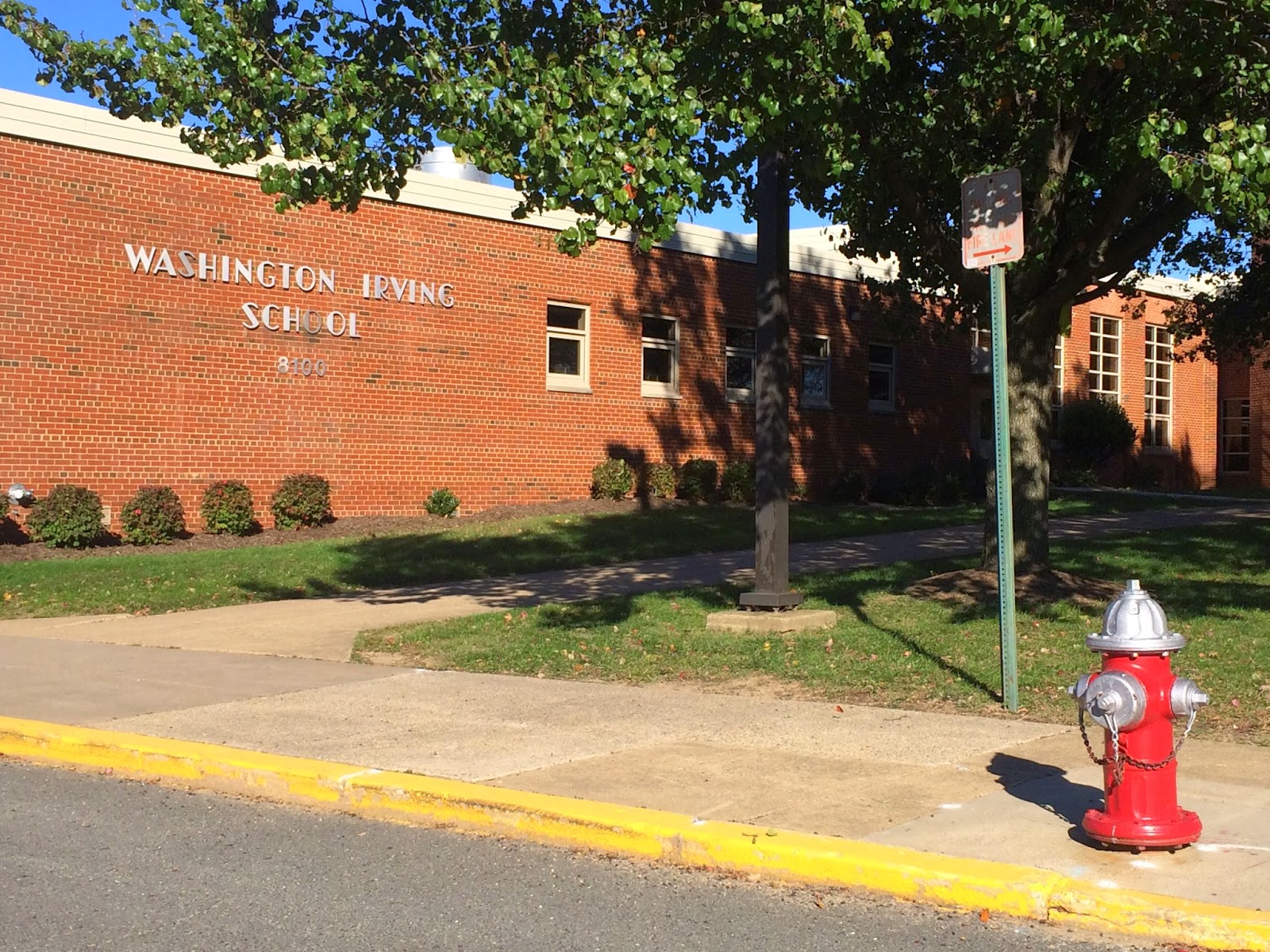 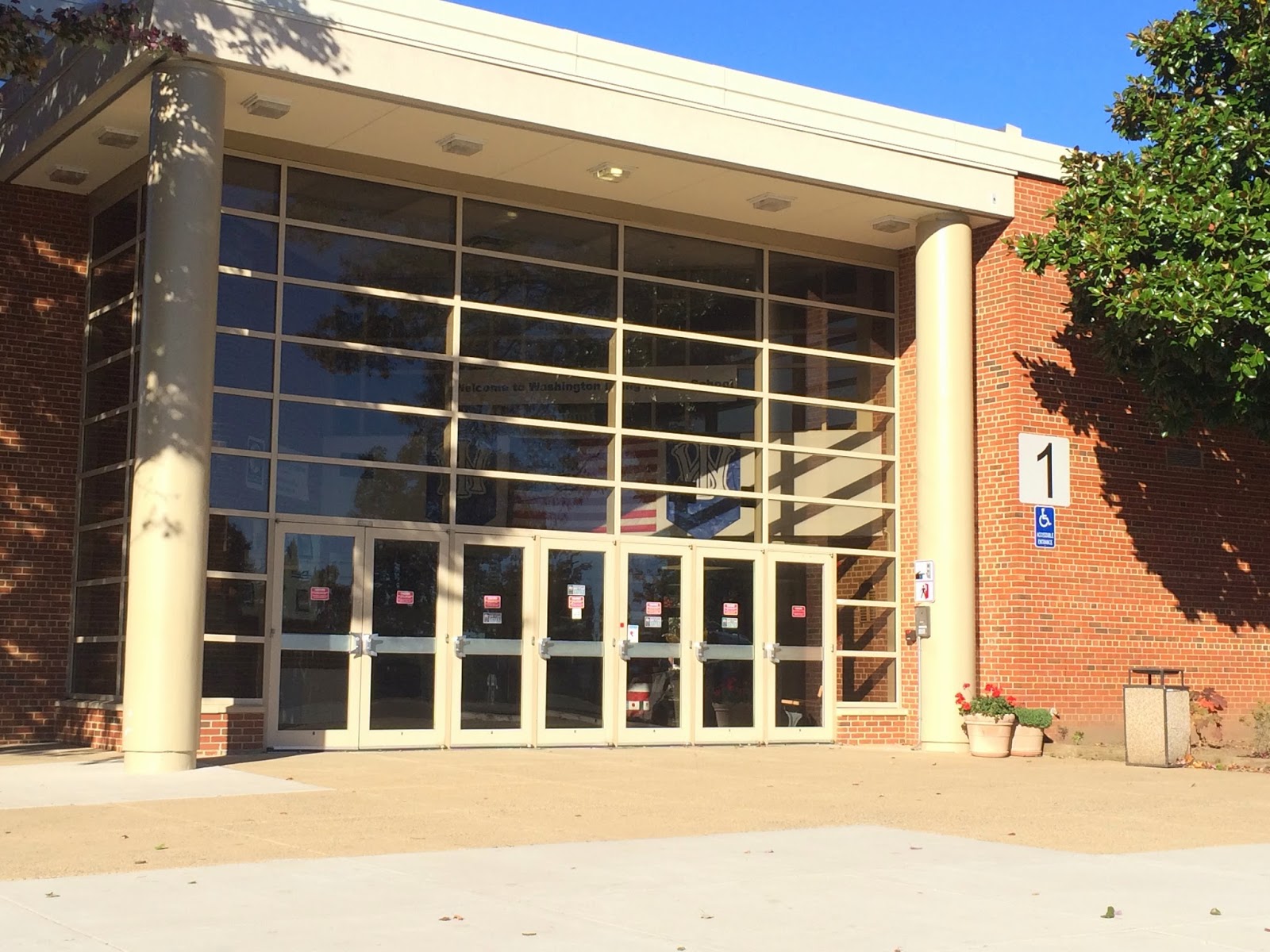 I had three kids attend this school. I think they all had good experiences there; certainly better than I had during my middle school years. (Ugh. Worst years in my life. Seriously.) For me there are two things that make this school stand out. 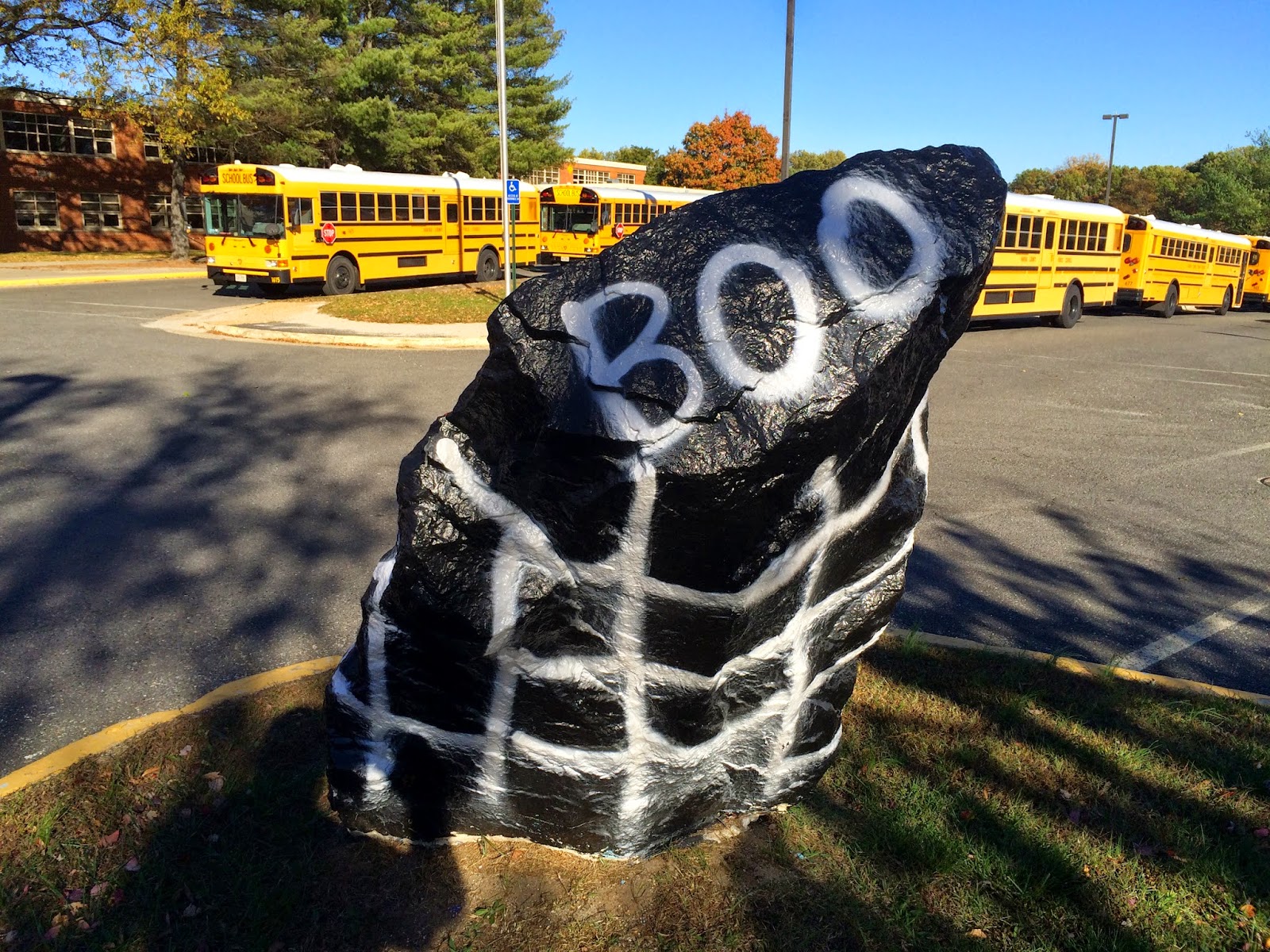 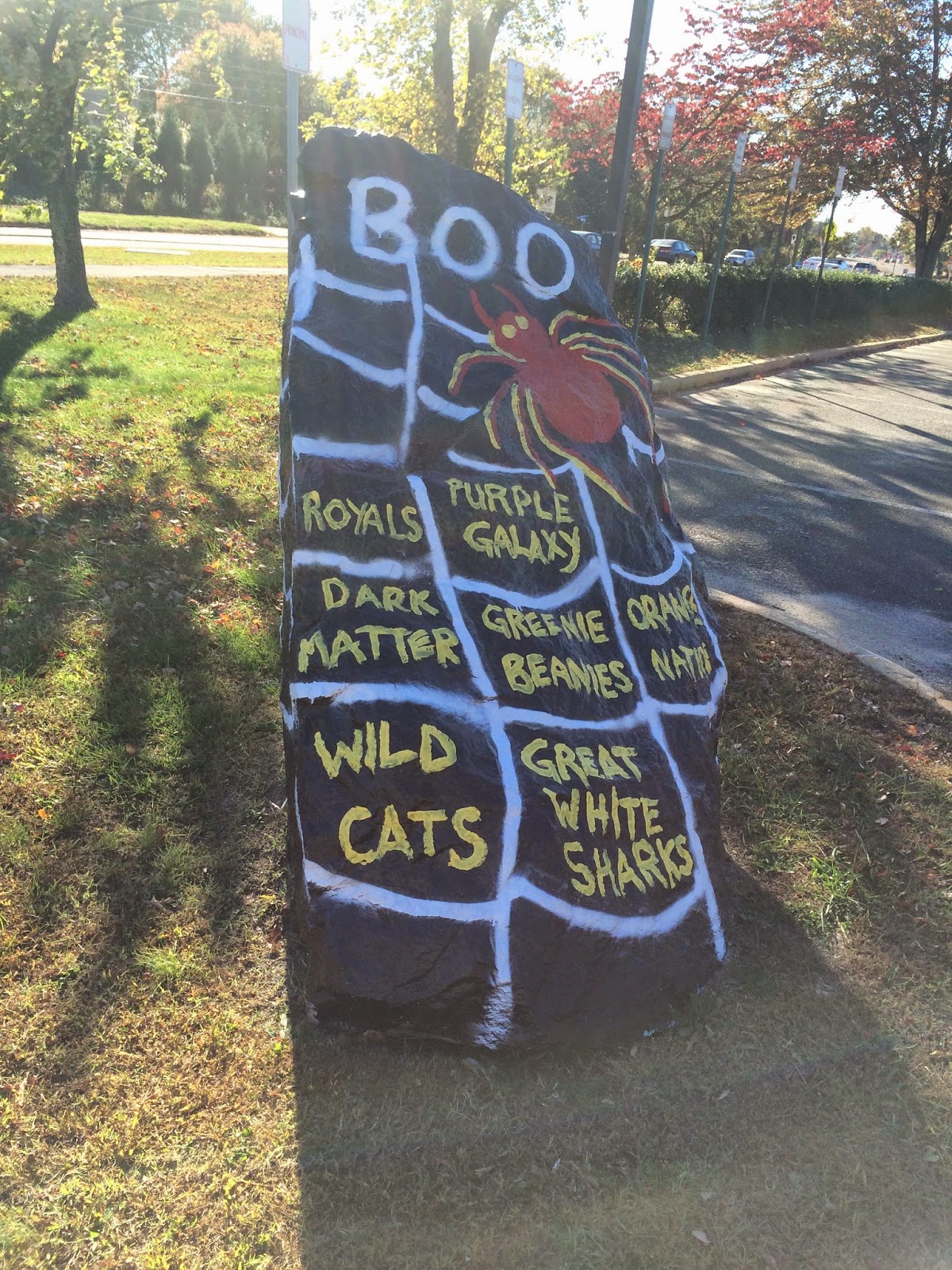 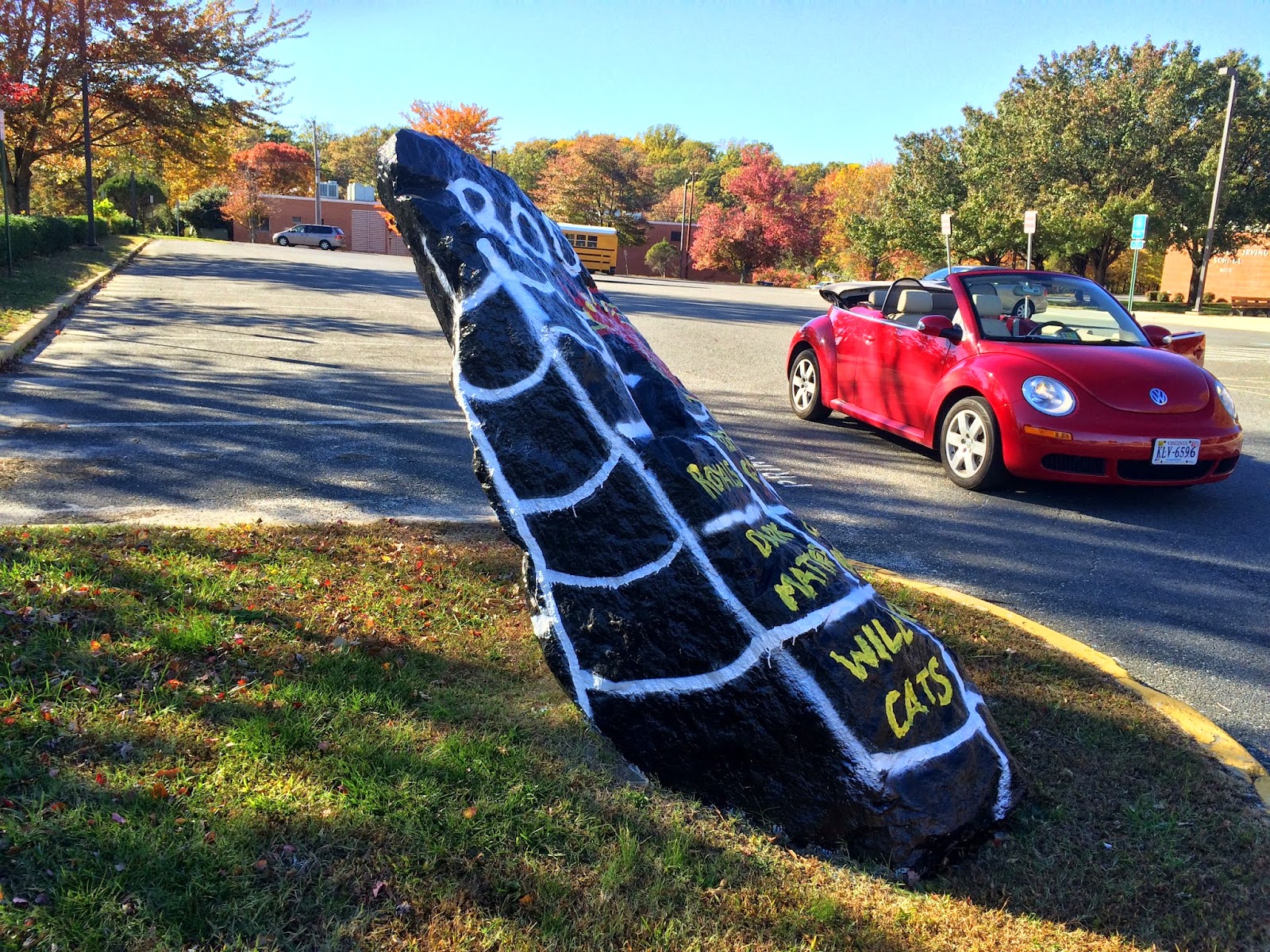 From time immemorial the kids going here have been painting that rock, which sits on campus between the building and Old Keene Mill Road. Well... at least they have since we first moved into town in 1987. It's changed about every three or four months on the average. So let's do the math: that's  81 - 108 layers of paint on it just since we've lived here! I once had a clever kid in my scout troop who once opined that, eventually, this rock will become a sphere - hahaha!

And yes, that's my trusty convertible VW in the background.

I had always planned that me and a kid would paint this rock, but somehow that never happened. Does one require permission? I honestly don't know.

I scraped away at one edge with a penknife in an attempt to reveal some of the layers - indeed, there are some. My guess is that there are more on the sides which face the traffic. 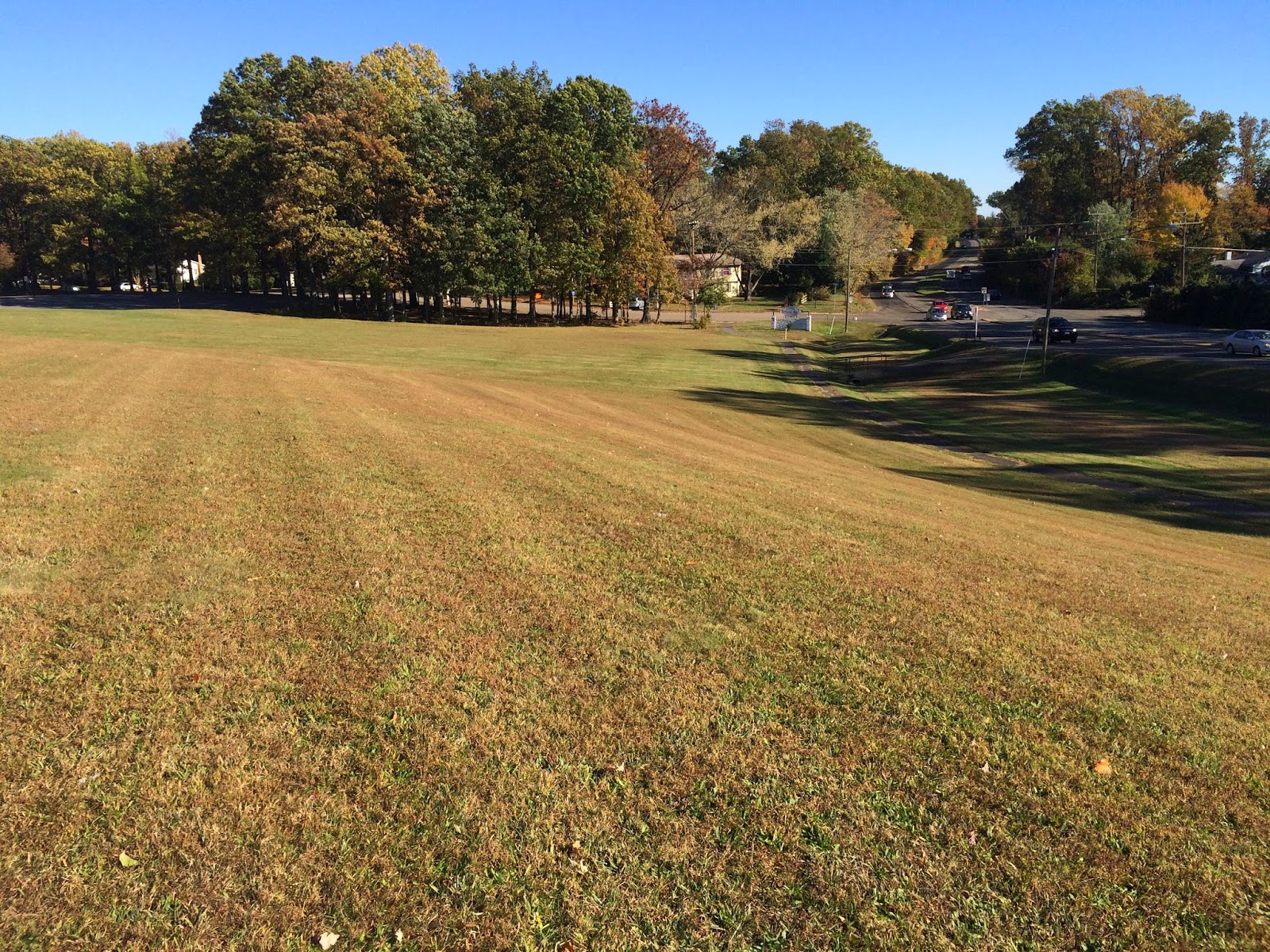 It's somewhat hard to see in this image, but the grassy part of the big front yard associated with this school makes a graceful downward angle - just the thing for little kids to sled on when it snows. There are many times when I've driven down Old Keene Mill Road during the winter and seen families having fun here. It's a great place for a sled!

I don't think I've ever taken my own kids here... we've found other, more dramatic and steeper, slides near where we lived.  But this one is indeed a Springfield "Thing!"