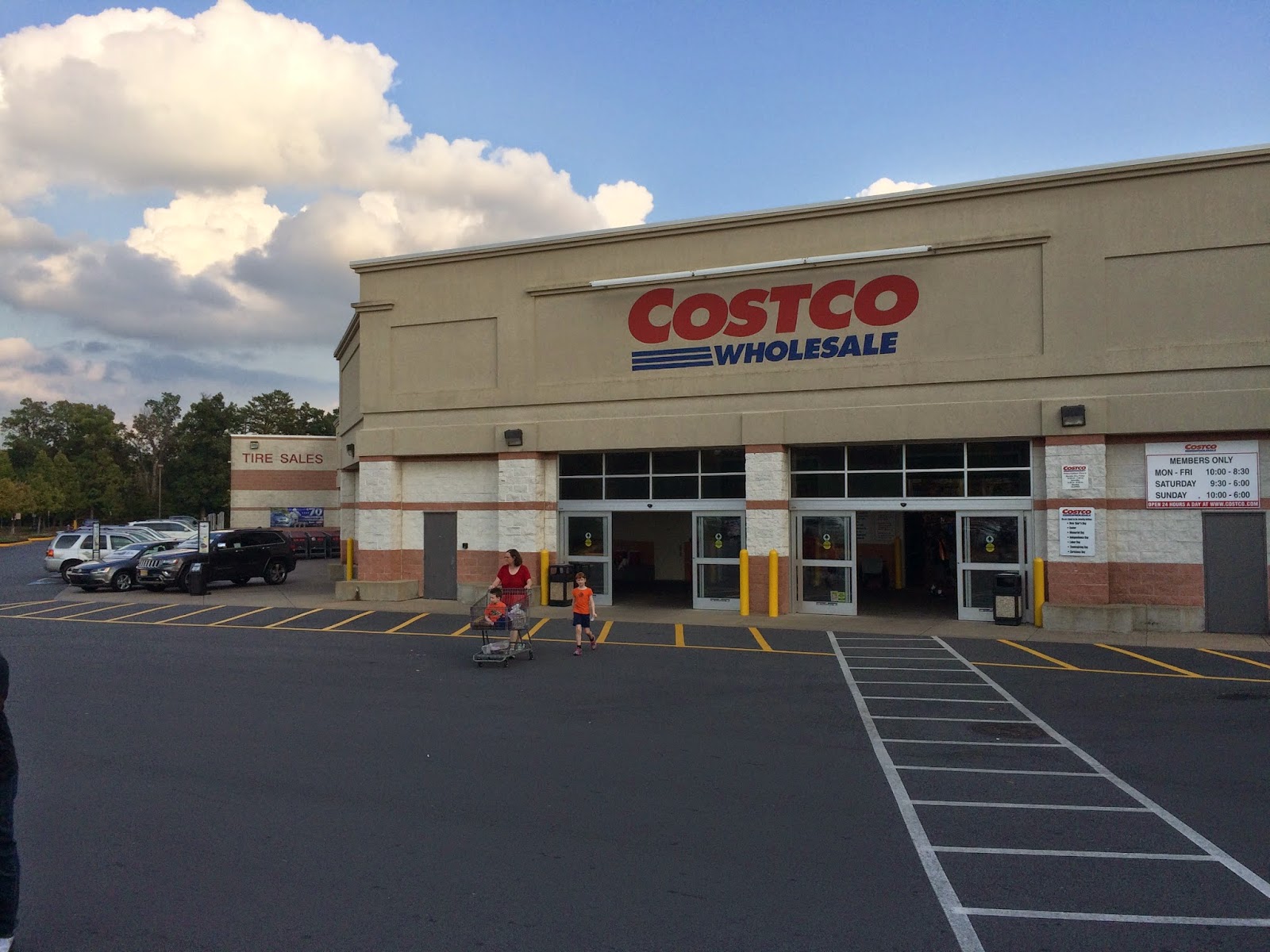 Our nearby Costco moved into Springfield in 1992, I think it was. Prior to that we had to schlep into Fairfax to procure our enormous quantities of food and household items. Remember when it used to be known as "Price Club?"

Why highlight a Costco as a "Thing?" What's special about it? Well - six things:

1.) My daughter Julie used to work here. She was only an employee for perhaps six months after graduation, but they worked her hard. When I picked her up at about 11 PM or so, she was tired. And cranky! They really work their staff at these places. But the thing is, almost a decade or so later people working here still ask how she's doing, etc. 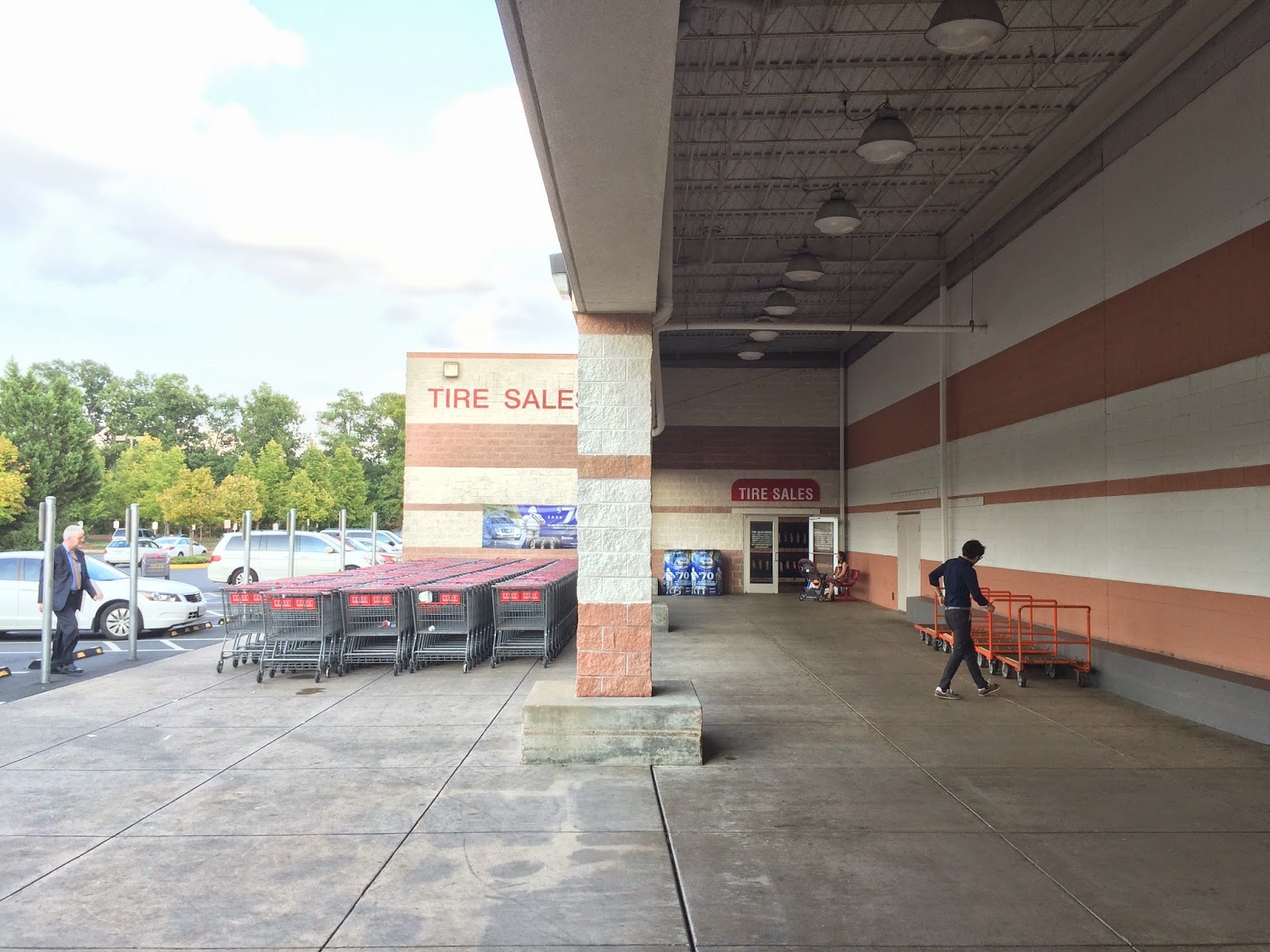 2.) Tires. All of the Clark cars since about 1992 have rolled on Costco rubber. 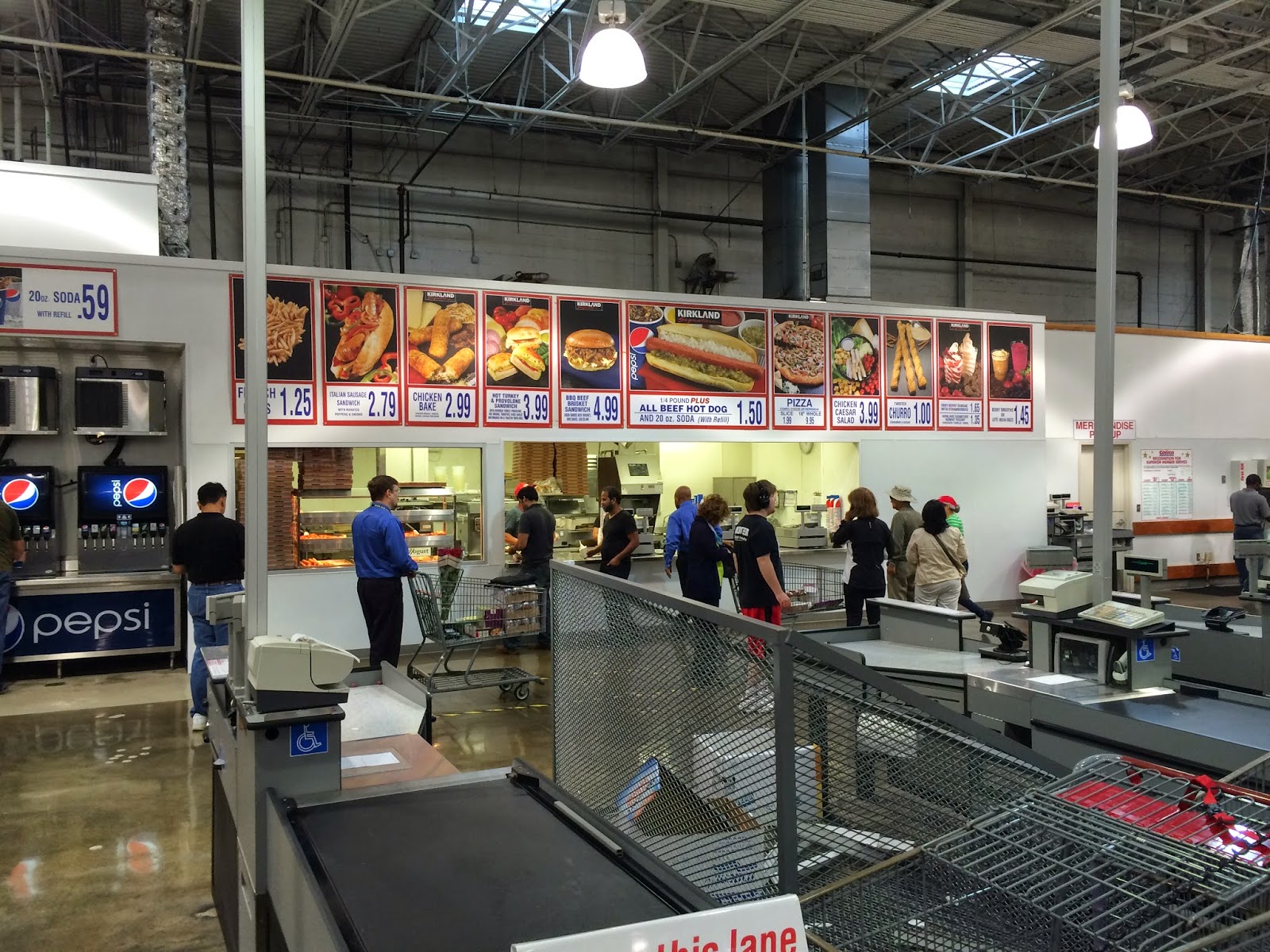 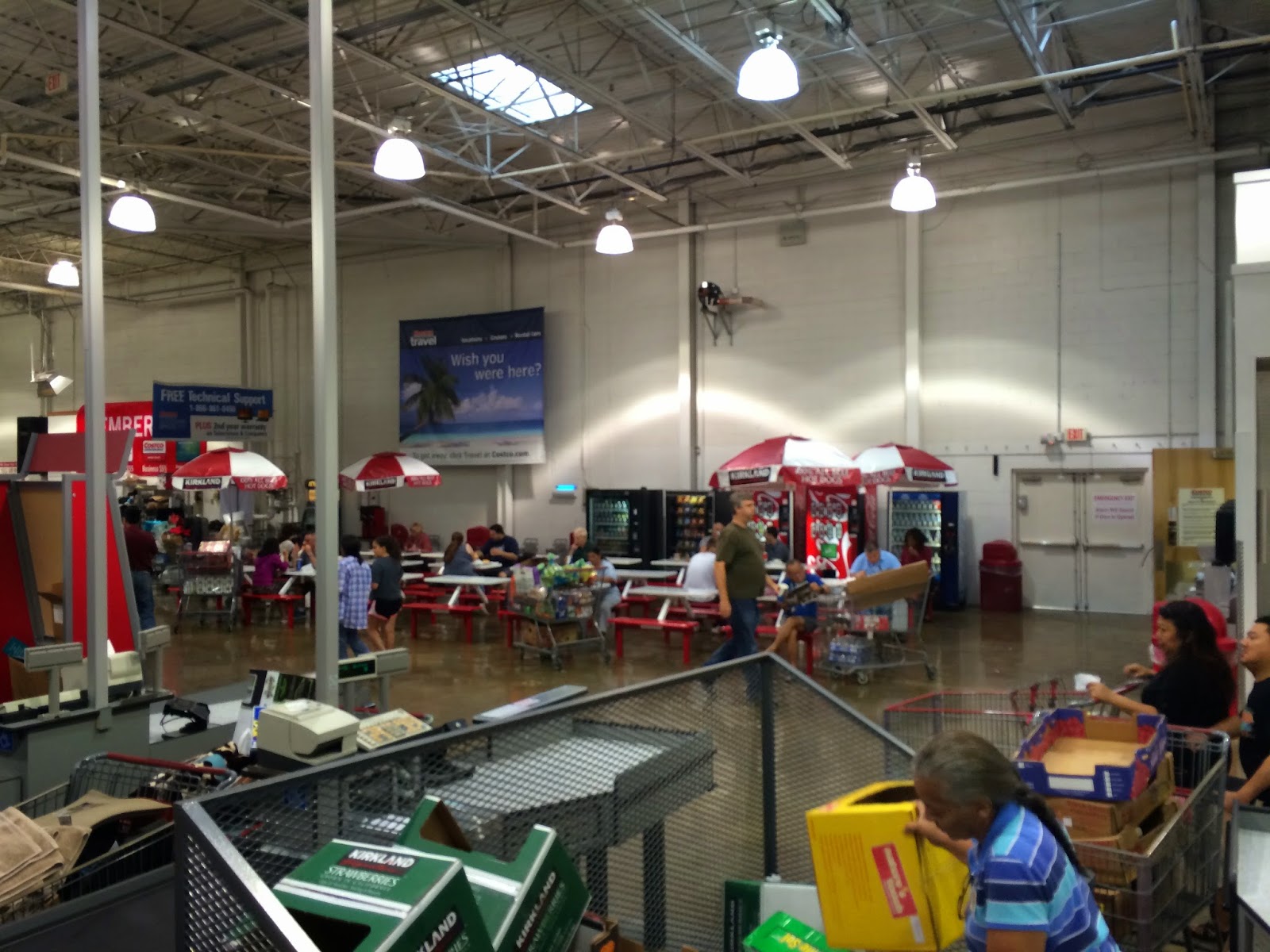 Above: The Costco eatery. It certainly isn't the most romantic destination for a meal - and I wonder how hygienic those table tops are - but as a family we had pizza here every now and then. My daughter Julie would daintily pat the grease from the top of her enormous slice of pizza with a paper towel, and eat about 3/4ths of it. When I sensed that she was done, I'd pointedly stare at it, and she'd say, "You can have it," and I'd eat the rest. It is thus that fathers gain weight over the course of raising kids.

Once my daughters and I were standing near this eating area - but not in it - when we heard a rather loud WHOOM. There was some sort of sudden pressure differential release in the big pipes strung from the ceiling, and we noticed that the movement dislodged a fine sprinkle of dust upon the people and food in the dining area. Like snowfall, except brown. It was amusing to watch. The folks under the Hebrew National umbrellas were fine, but the others had a coat of dust and dirt on their pizzas. Yum!

4.) Samples. On certain Saturdays, when the place is really swinging, you can grab a few hundred calories, easy, from samples.

What a great country this is!

5.) Parking. I can sense my wife's jaw clenching whenever we pull in to the spaces closest to the front. There are two classes of drivers at Costco: Those can can drive but are heedless of other cars and those who cannot drive well and take forever to pull into a parking space. Add to that pedestrians and shopping carts everywhere and you have a real gauntlet.

6.) Refund policy. I bought my son a Swiss watch for his high school graduation, which he wore for about a year and a half. Then it died (a new battery didn't help). I brought it in and exchanged it for a slightly better watch at the same price (they no longer had an exact replacement). My son wore that for a year or so when it, too, gave out. Again Costco replaced it, and I paid some more money and bought an even better third watch. I ask you - who else has a refund/replacement policy like that?!?

It's worth mentioning that in 1996 I got a Seiko quartz tank watch from Costco for about $45 for my 40th birthday. With battery changes, it has been running for eighteen years straight!
Posted by Brigham at 11:02 AM