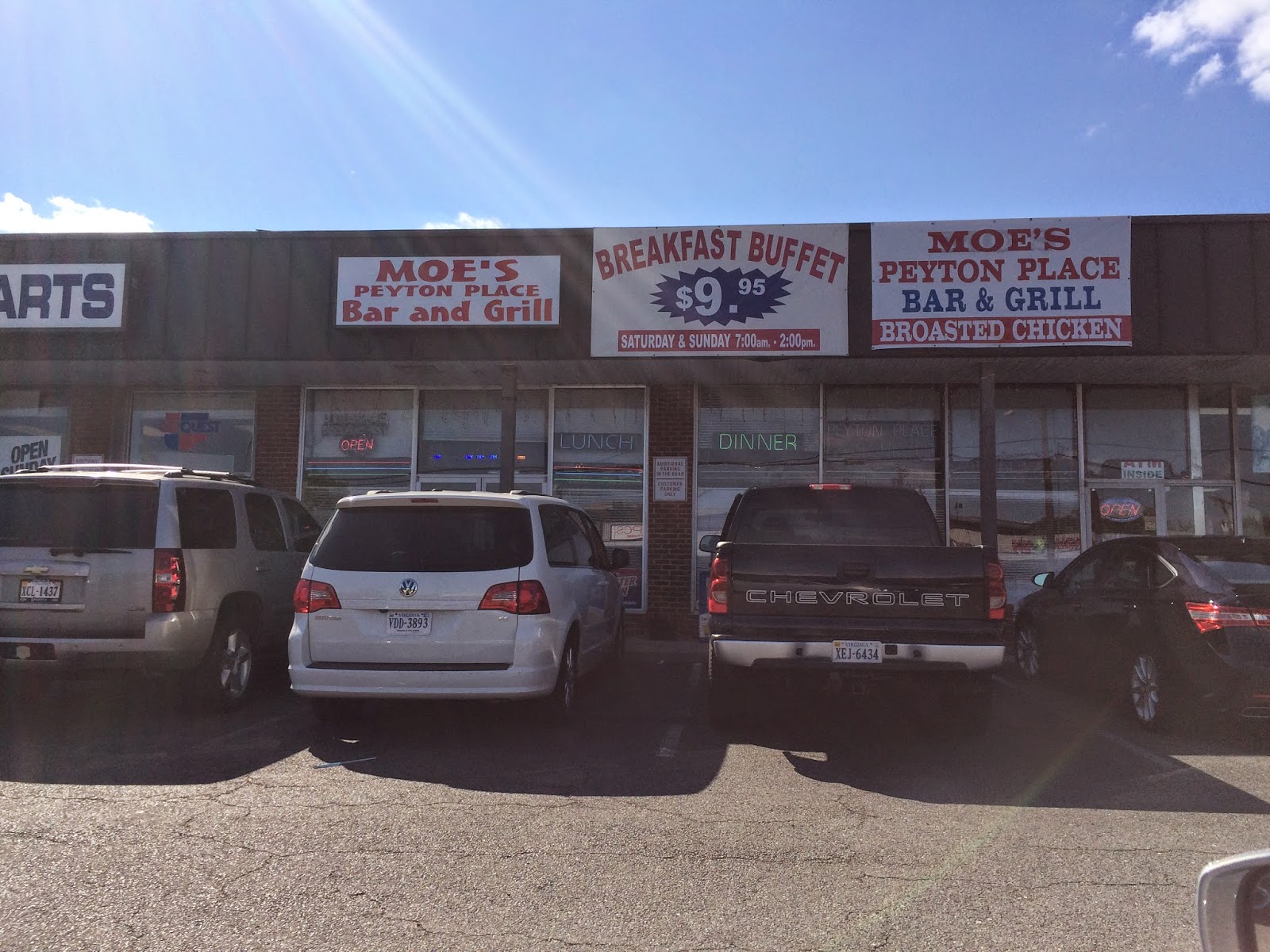 This one puzzled me for years: why name a restaurant "Peyton Place?" It was a television show (based on a 1957 movie) which ran between 1964 and 1969. I've never seen an episode of the series, but dimly recall as a kid that it was considered spicy. Liaisons, affairs, adultery, flirtations... raw, passion. Uninhibited behavior. Forbidden acts.

Well, okay, this was the Sixties - how explicit could it have been? My guess it that, seen these days, it was probably pretty mild. But, getting back to the original thought - why name a restaurant this?

I have no idea.

The restaurant has been in town for decades; in fact, I'm pretty sure it was here when we moved in in 1987. The yelp.com reviews are interesting, and, desiring to see what the fuss was about, my wife and I ate here one night some years ago. (Well before the yelp reviewer complained of cockroaches. We didn't see any.) It was pretty ordinary. Divey. A place for locals.

Moe himself was leaning against his Mercedes-Benz parked in front, and I tried to make some small talk with him. He was rather dismissive.

We haven't returned. And having checked that box, we won't.
Posted by Brigham at 6:18 PM