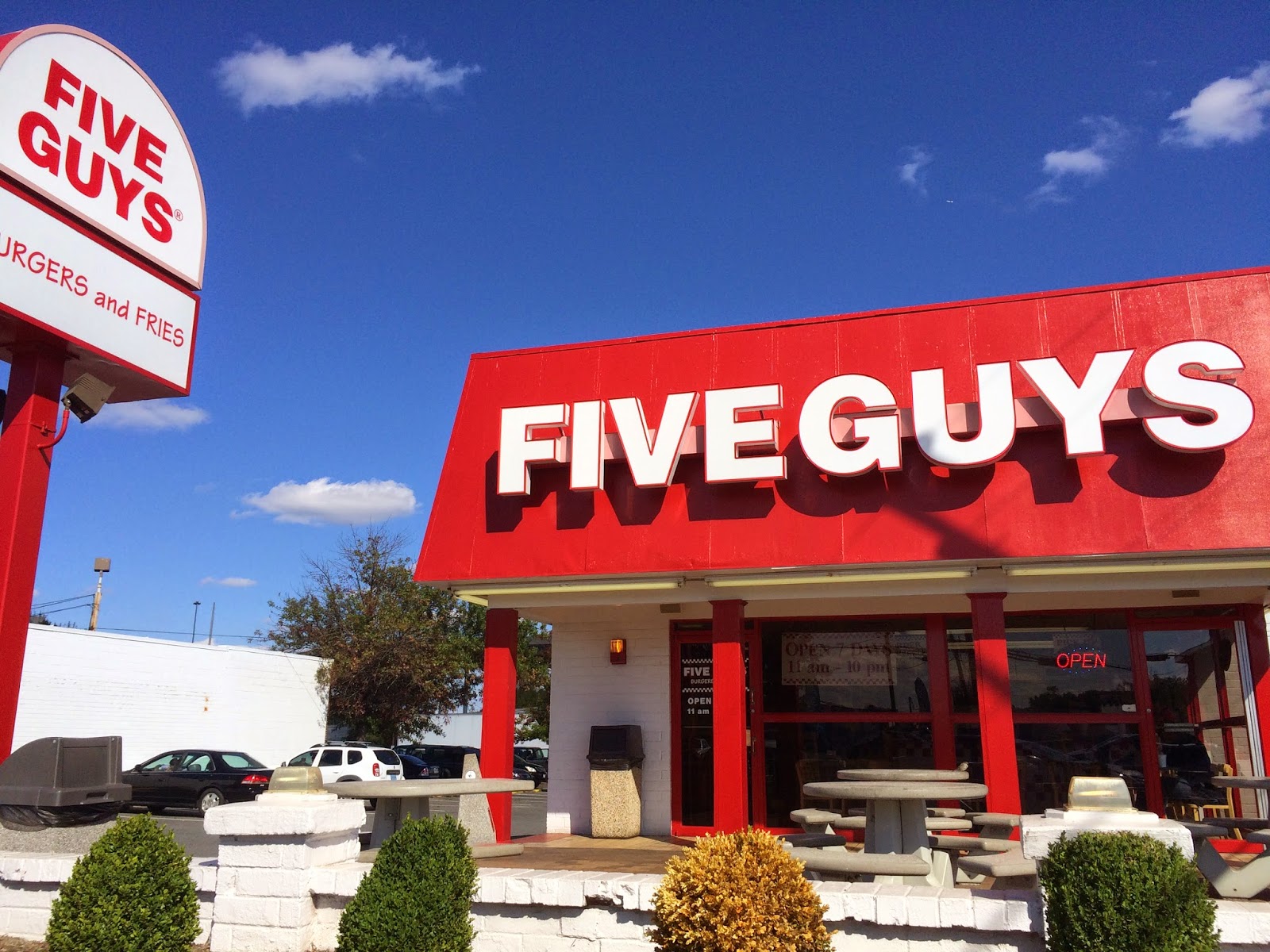 Let's see... when did we start eating here? At least ten years ago, I think. I forget how we heard of the place - it must have been word of mouth. They sell burgers like the kind you used to be able to get from individual burger stands in the 1950's and 1960's, before McDonald's and the other franchise places started to standardize hamburgers (to the considerable detriment of the customer). What more, the fries here are great! The kind you get at seashore places.

But I'm guessing you know that already - Five Guys has opened stores all over the country and is doing just fine, thank you very much.

I understand that the Springfield store shown here (on Rolling Road near the I-95 onramp) is their second - the original is near Bailey's Crossroads. Certainly they've put some money into the Springfield location and fixed it up...  when we started going there it was considerably dumpier! 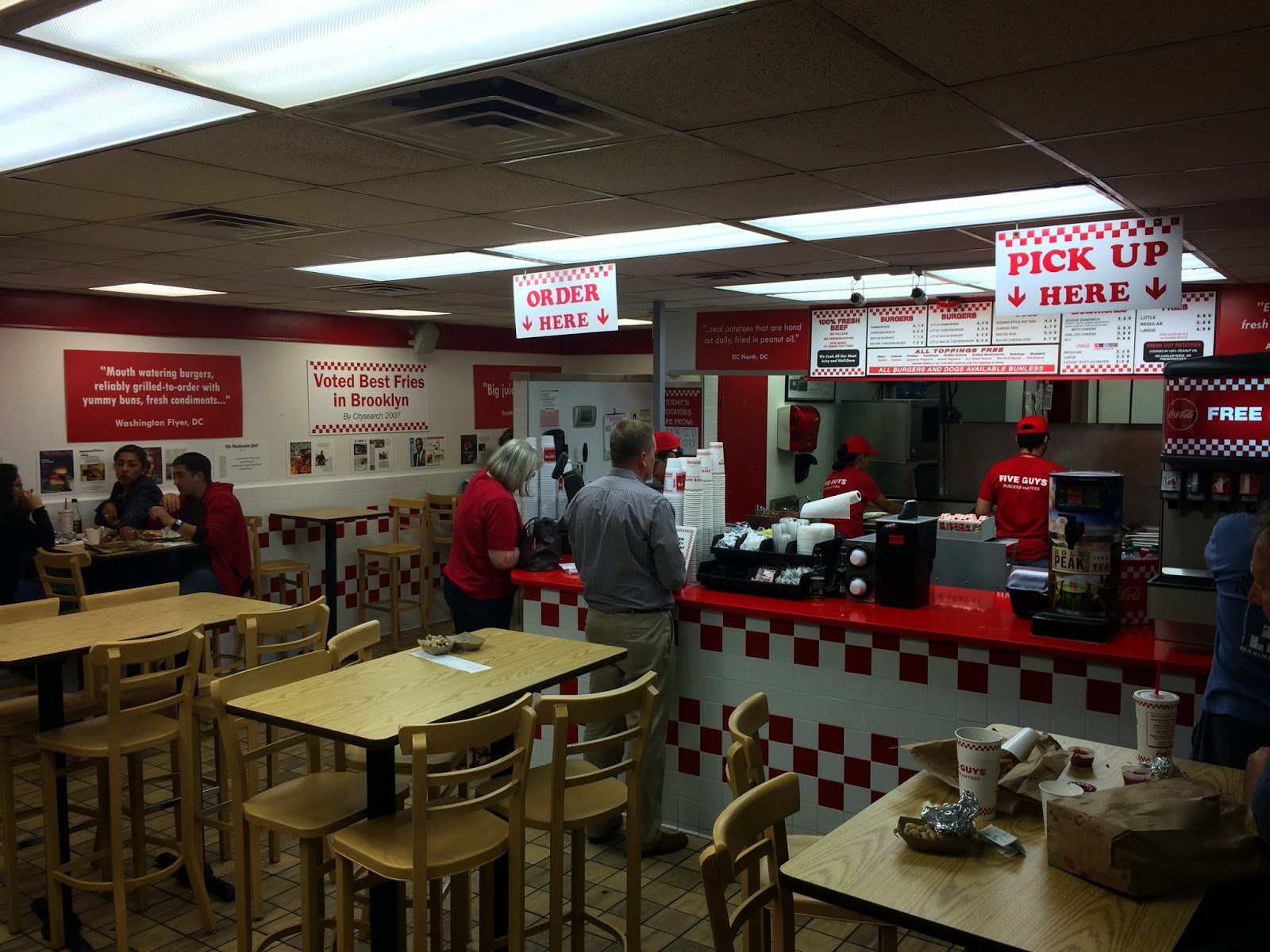 My wife prefers going to the newer, bigger Five Guys in Lorton. When it's cold out, this one gets a cold breeze running through the place whenever the front door is opened. Brrrrr. PLUS - the Lorton locations sells shakes, and those are old-fashioned, too, and made with real dairy products - not whatever the crap is McDonald's uses...

We occasionally meet friends here. And my pal from Southern California tells me that he prefers Five Guys to In and Out, which, from a Californian, is a very special compliment indeed.
Posted by Brigham at 4:18 PM