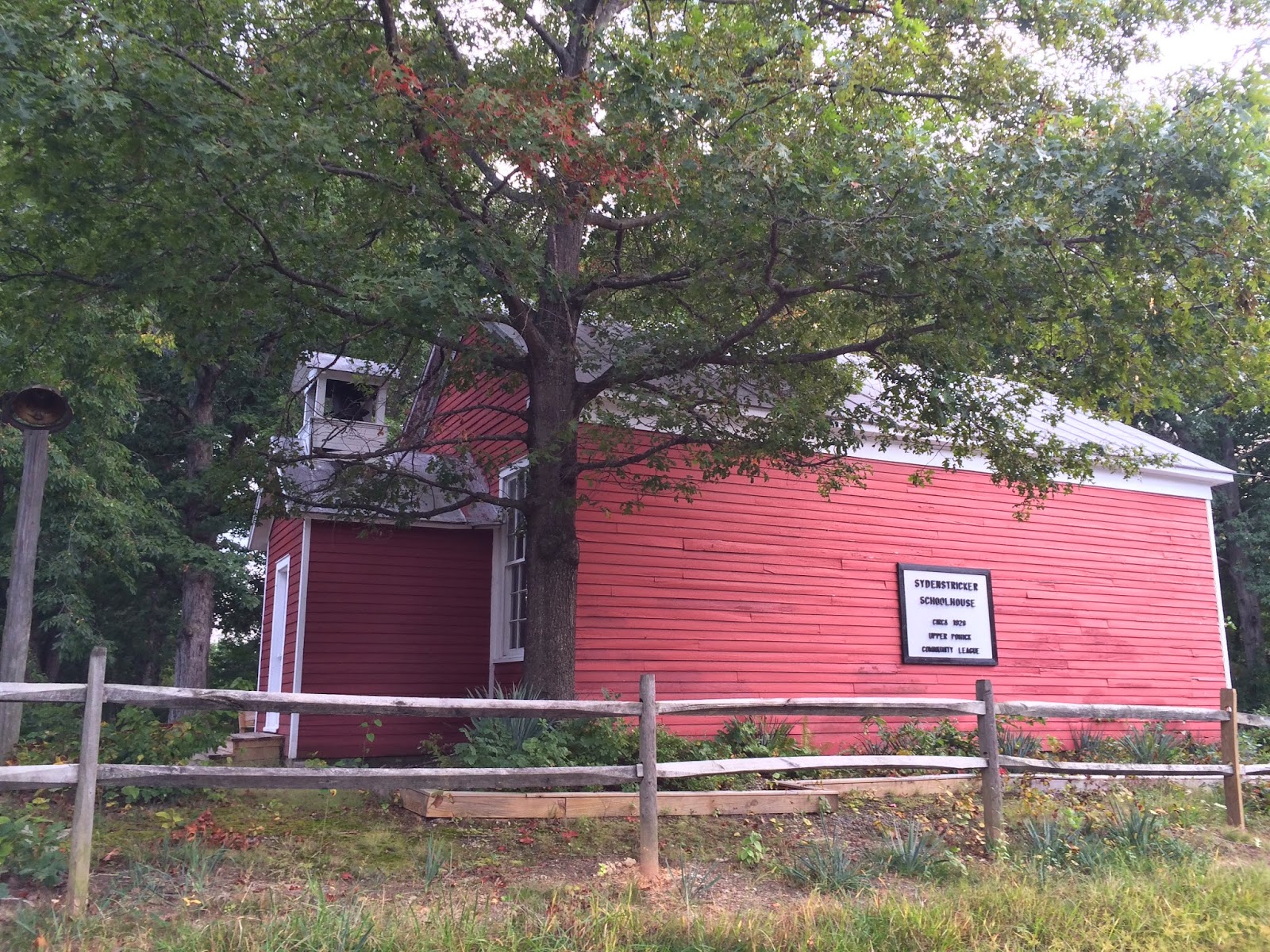 When I first moved to Springfield I obtained an 1870-something map of Fairfax County and noted that there was a schoolhouse located at the spot our little red schoolhouse is at, and made the mistake of thinking that it dated from that period. Nope.

The little red schoolhouse - formally, The Sydenstricker Schoolhouse - actually sits on Hooes Road (according to oldtimers in town, it's properly pronounced "hoes," not "whose") near the Sydenstricker-Hooes intersection, and was built in 1928. So think of the Little Rascals and Miss Crabtree - it's from that era. It closed in 1939. It's about a mile from where I live. 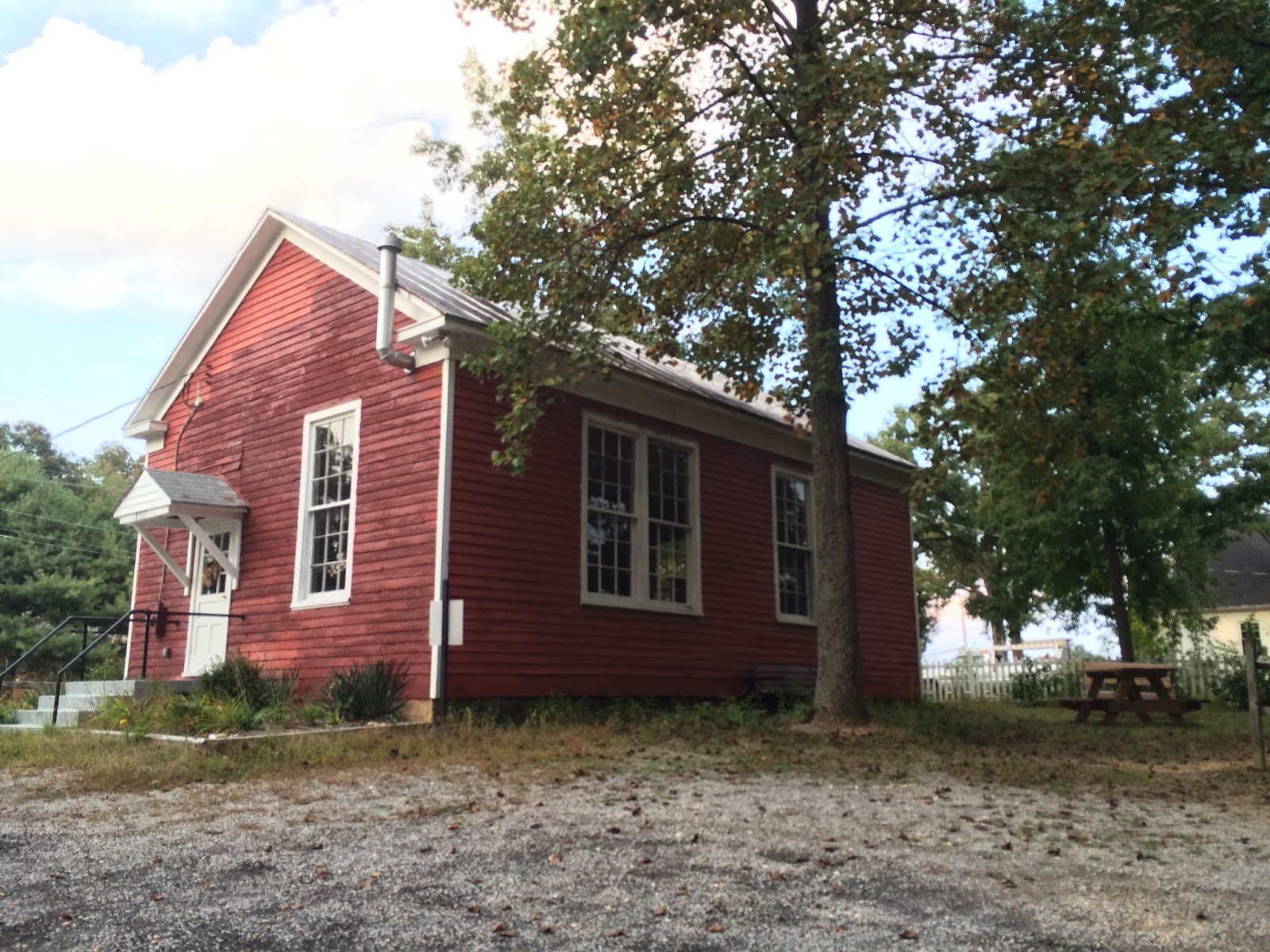 Above: It's not really as forlorn as spot as this image suggests! 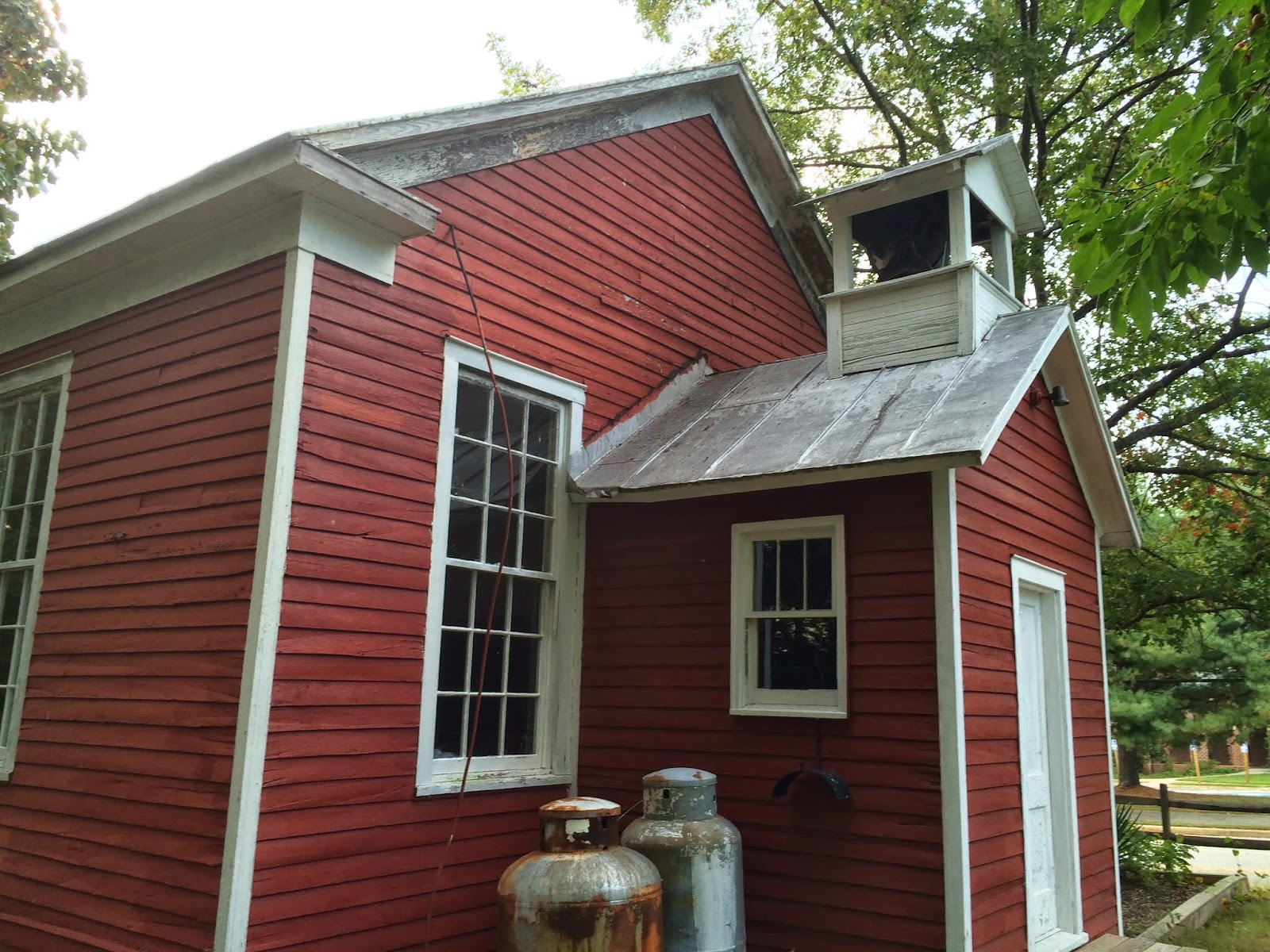 The schoolhouse is owned and maintained by the Upper Pohick Community League. From their Facebook page:

The Upper Pohick Community League was founded in the late 1940's, and was the original neighborhood association, tying together families who lived in the Upper Pohick / South Hunt Valley area of Springfield, VA. It was a thriving group that influenced the development of local roads, bridges and sub-divisions, in a time when our area was very rural. The League purchased the old Sydenstricker School (the Little Red Schoolhouse) at public auction in the early 1950's, and it has been our League hall ever since. For many years it was the center of social activities in our area. More recently with the growth of individual neighborhood associations within each local subdivision, the League has become primarily focused on the preservation of the Schoolhouse, and its place in our community.
The UPCL sometimes holds yard sales here to raise money for the building's maintenance. 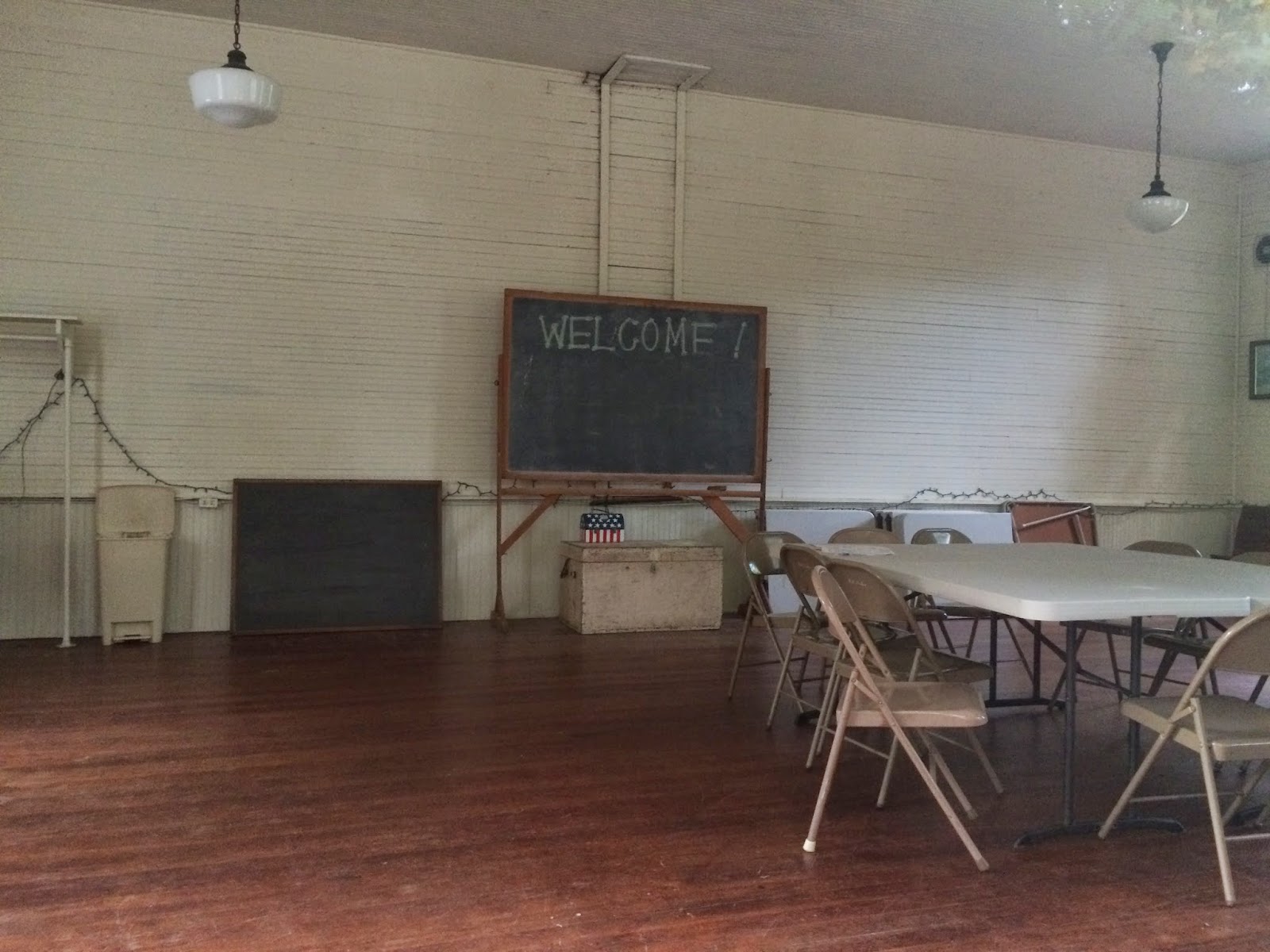 Back in 2006 I had a very Virginian experience in this room: I gave a slideshow lecture to UPCL members about the Legend and True History of Northern Virginia's Famous "Bunny Man." It was based on work Brian Conley did which I supplemented with recorded interviews with the people involved in the incident. 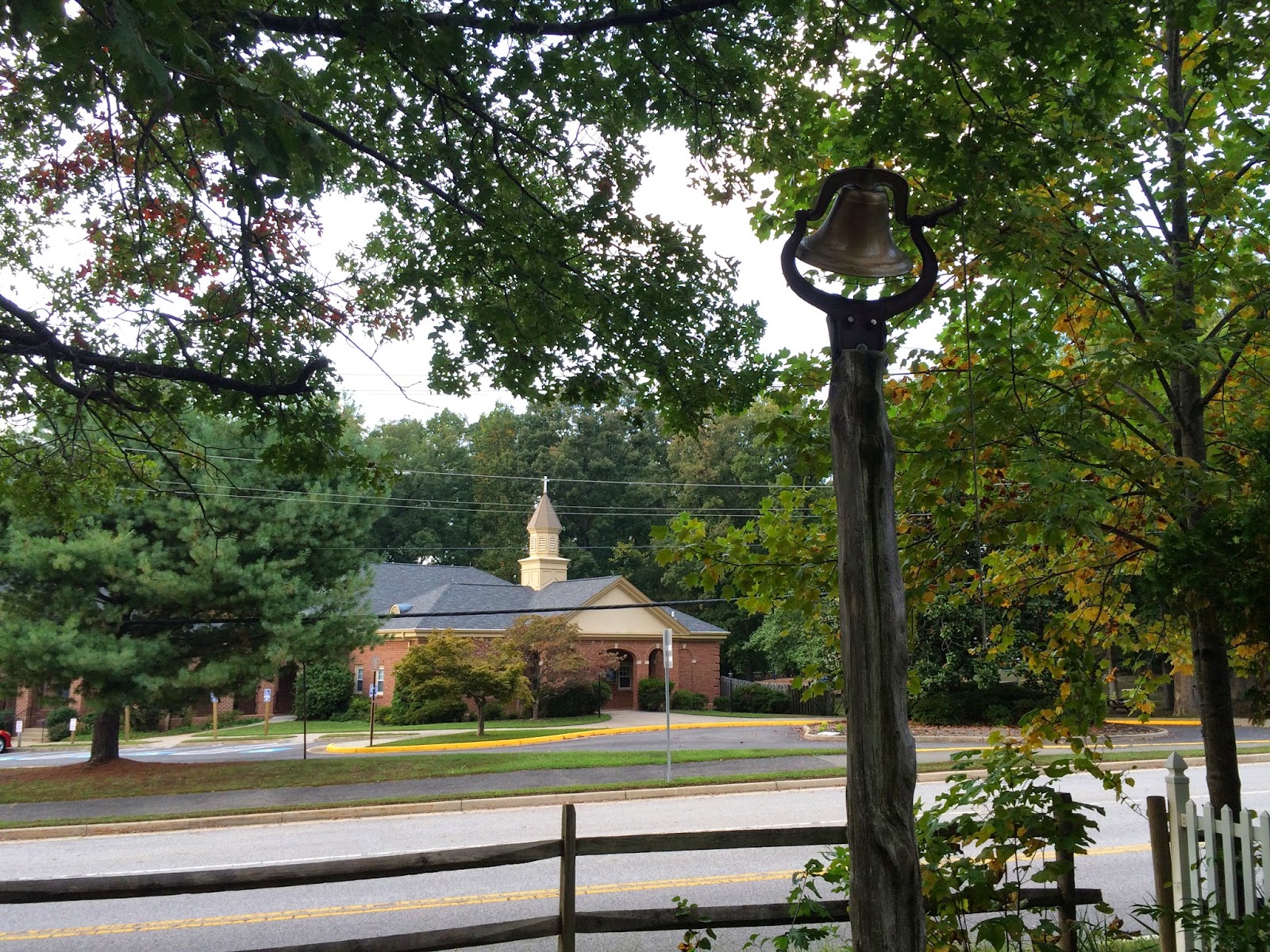 Above: The schoolhouse is across the street from the modern Sydenstricker United Methodist Church building - which will be the subject of its own blog entry soon...

The UPCL puts on sales at the site to raise money for maintenance; my video.

The schoolhouse is on the U.S. Park Service's National Register of Historic Places.
Posted by Brigham at 8:44 AM