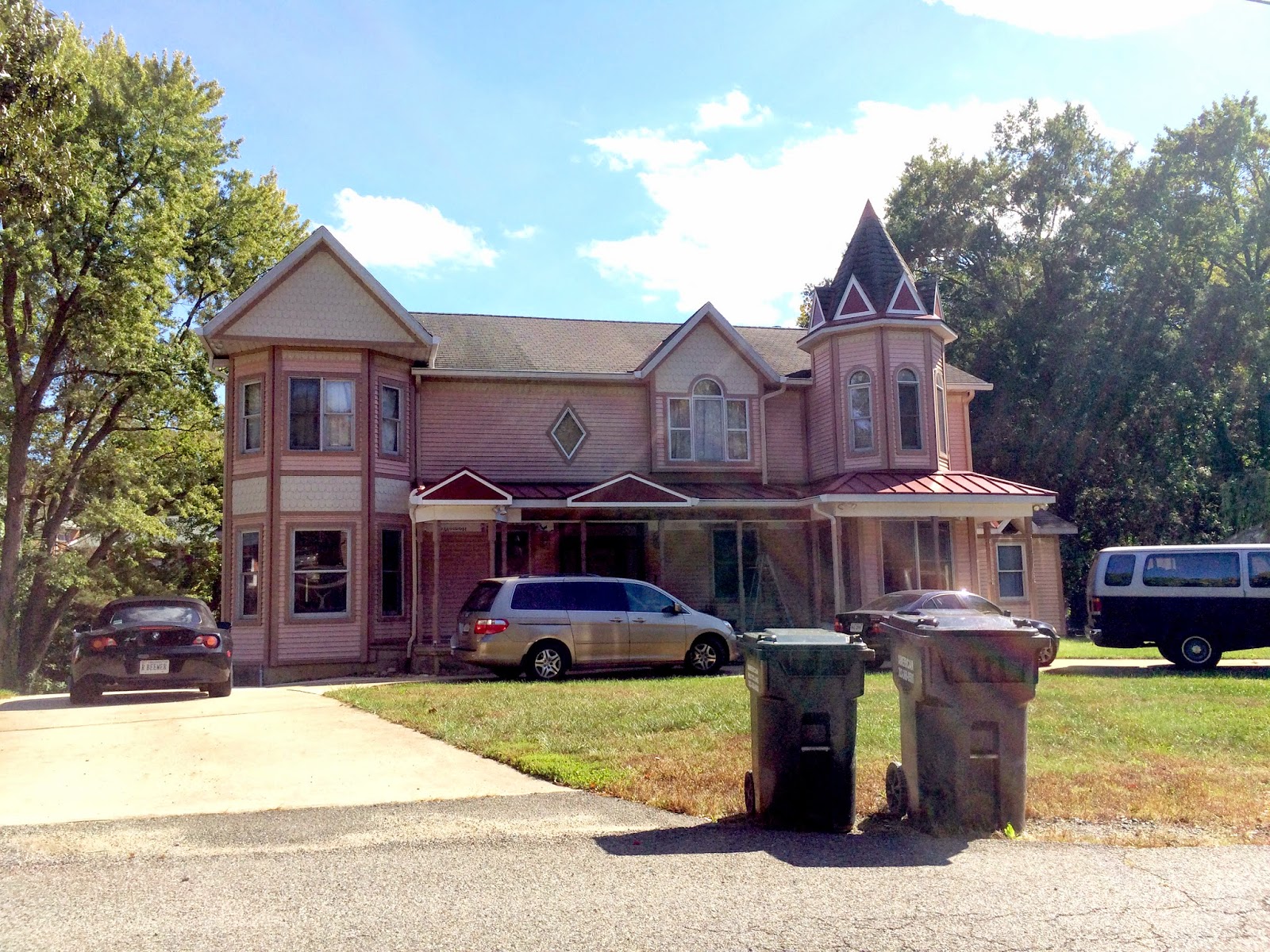 This is a street view of what is known in some local circles as "the Calamo House" (as the name suggests, on Calamo St. in Springfield) - almost as if there were no others. Why?
I first moved to town in 1987, and I believe at the time this house was under construction - that is, the framing was in place, but the siding was not and most of this house was sheathed in bare plywood. Some windows were fitted, some were not. It remained that way for years - a decade or more, perhaps. I don't recall - I wasn't keeping track - but the house quickly gained the reputation as "that perennially unfinished house on Calamo." It was an especial source of amusement to a friend of mine who is a local building contractor.
At some point - after 2000? - the house was finally sided and painted. 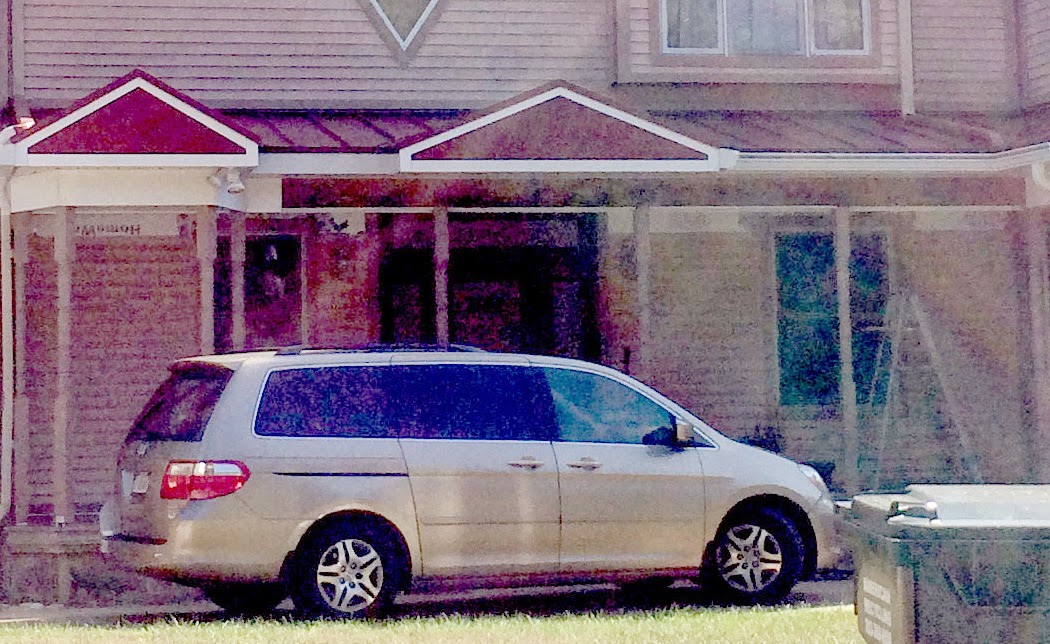 You can see from this close up that, technically, the house still isn't finished. There's a ladder on the front porch and some siding has yet to be installed.

But the long and painful road to completion is not what sets this house apart - it has other angles.

Circa 2001 I used to know a fellow who rented out the basement, which was reachable via a door in the back yard. One time I had occasion to visit him when he wasn't home, so I walked around to the front door to knock to see if anyone knew where he might be. What I saw though the front door really surprised me: a smaller, older home, within the newer home, apparently fully intact. Well, as far as I could see. (I wasn't invited in.) In other words the Calamo House was a house within a house!

I forget the conversation I had with the people in the home, but I was too polite to ask, "Excuse me, but... what's going on, here?" I made a mental note instead to ask my friend about the situation.

Eventually I caught up with my friend who assured me that the fellow who owned the place was in actuality quite nice, but that it wasn't just a home within a home. No. In fact, and he told me this with a sincere look on his face, family members lived within a trailer within the house within the house. Honest. That's what he told me. "No," I said. "Get out." "Yes," he replied. "Really."

Years have passed since I had this conversation, and doubts have crept into place. How does one fit a trailer within a house? I can see building a newer, larger home outside of and encompassing a previous house, but... how...?

Gentle Reader, that's all I can say.

You can see Calamo House and its environs on google maps, here.
Posted by Brigham at 10:54 AM