I once heard somebody tell me that Springfield, Virginia was the most densely populated area of the most densely populated region of the state. I suppose that could be true. But Virginia is an interesting state in that, if an area were to be left alone, one will not have a weedy vacant lot of the type I recall from my Burbank, California home. One will have a second growth forest! Indeed, one can see from the air that the deciduous forests are the most typical characteristic of the state.

Living in the heavily wooded Northern Virginia area of Springfield, even in modern times, it's not difficult to envision an era when the Indians were the main human inhabitants: mysterious, hidden hunter/trackers making their way though the forests. Even today, I can look at the woods around me and wonder, "What's in there? Long overgrown homes? Forgotten battlefields? Indian campsites?" Indeed, back in 1988, when I was a Cubmaster, I took my pack on a birding expedition into the forest along a trail near the Hidden Pond Nature Center, and, in the middle of a forested nowhere, came across signs that a home had once existed in the 19th or even 18th century on that spot.

Enter Randy Becker, a history-minded fellow who lives nearby. A fellow who takes a lively interest in the place where he lives, he once led me and my wife to a little expedition to the confluence of the Pohick Creek and the Middle Run, in what is today the Middle Valley subdivision. In 1729 there was a (probably Algonquian) Indian camp there! 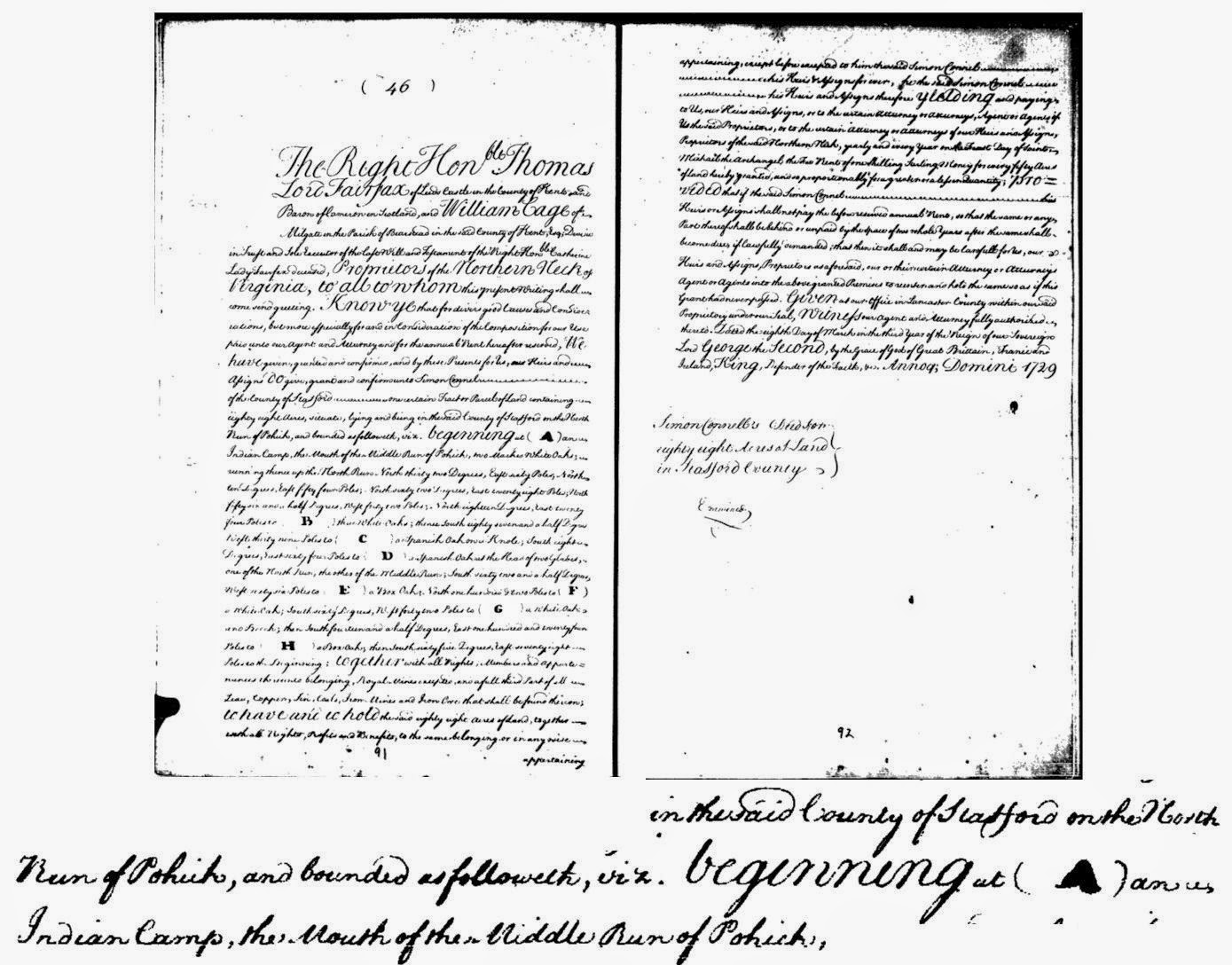 He knows this thanks to a March 8th, 1729 deed describing part of the area. (Back then, the area now known as Fairfax County hadn't acquired that name yet - it was still Stafford County.)

A google map shows the site: 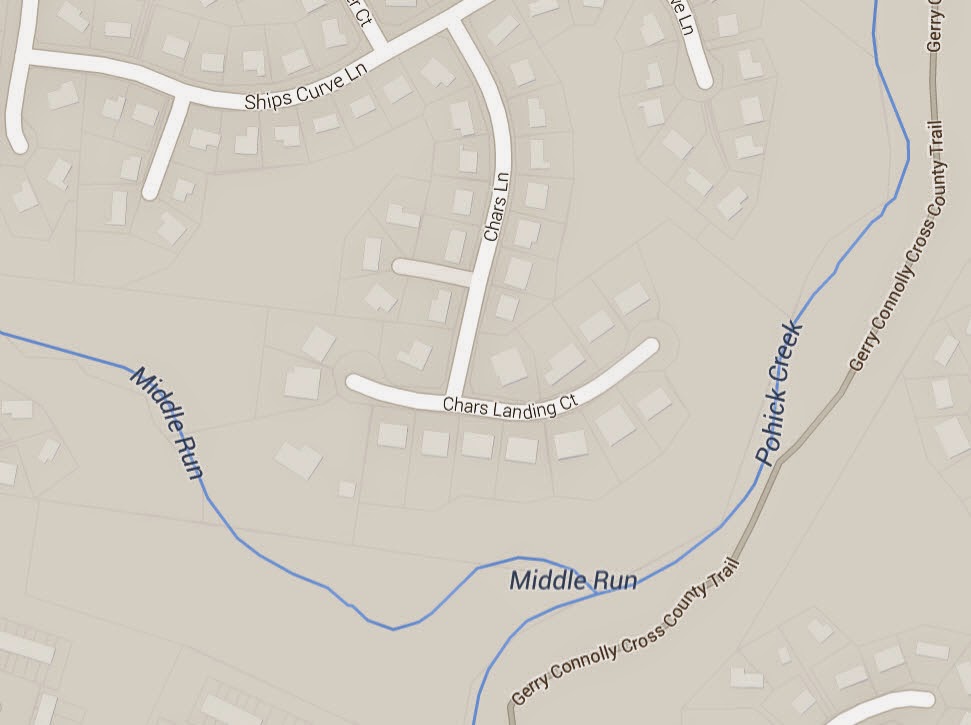 Right there, behind what is now Chars Landing Court. You can pass by the area if you hike the Gerry Connolly Cross County Trail.

A google satellite image doesn't show much - the area is heavily wooded. 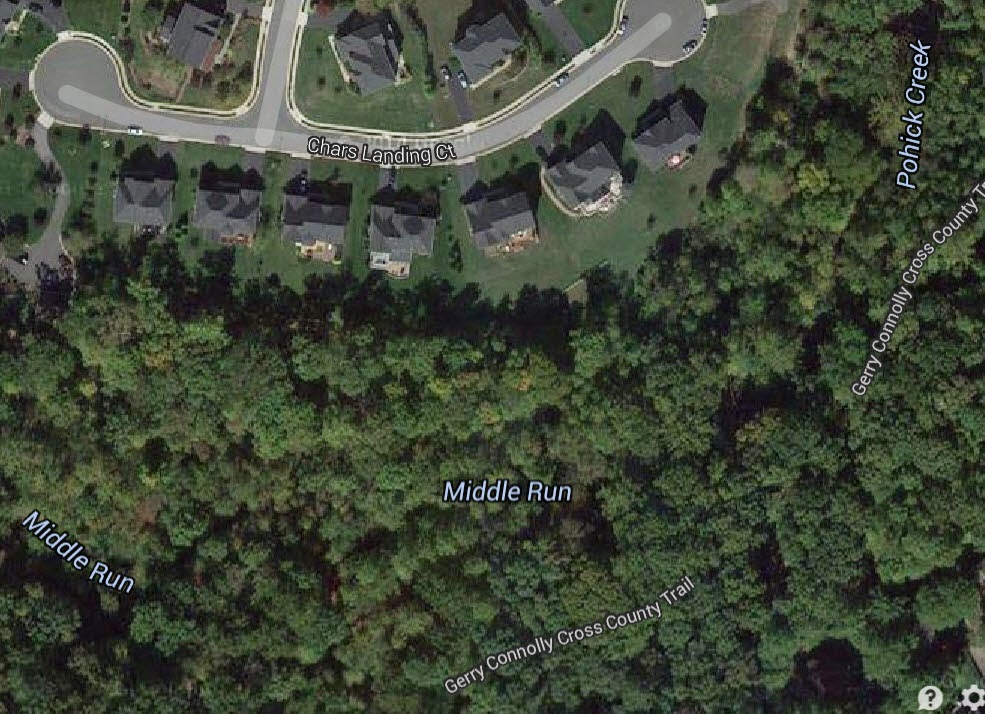 Do the residents of Chars Landing Ct. ever see ghostly campfires in the woods behind their homes?
Posted by Brigham at 10:18 AM