One of the Crown Jewels of Springfield! Okay - that's overstating things a bit. But it is a unique place and a fun spot for families. 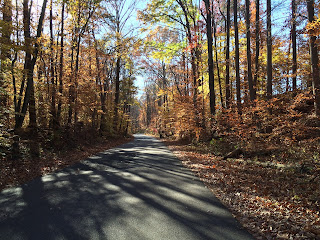 You get there via a nice, long drive through some woods on Accotink Park Road. In fall it's especially pretty. 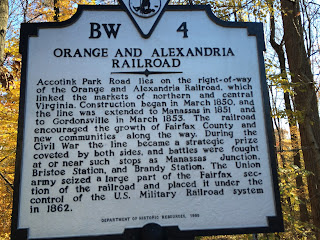 The place has some historic connotations having to do with the old Orange and Alexandria railroad - Civil War history for the completist! 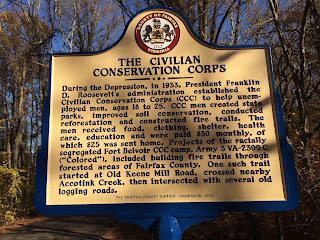 There is even Depression Era history here, if you're into that. 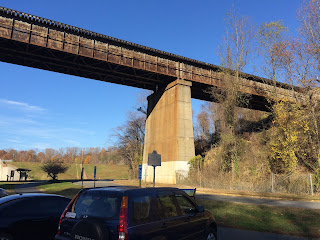 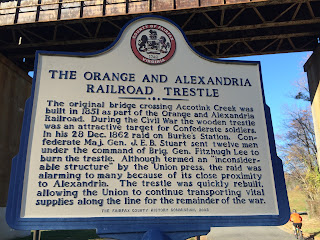 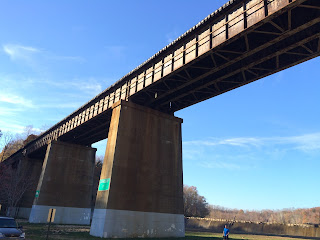 The thing that makes the park distinctive is the Orange and Alexandria Railroad Trestle. Teenagers walk it as a dare - it's a very foolish dare. You could get killed as there are still trains running on that line. And in July 1997 a 22 year old man used homemade bungee cords to take a leap off the bridge. Sadly, he miscalculated the amount of stretch in the cords and was killed; the police investigator said, "The length of the cord that he had assembled was greater than the distance between the trestle and ground." Another commenter in the Washington Post article stated, "it's hard to imagine a scenario that would not go wrong." 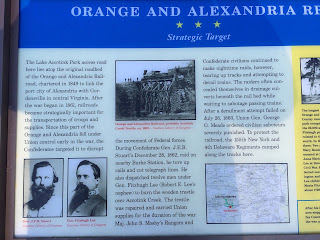 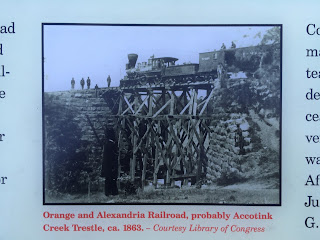 As promised - there is Civil War history here. 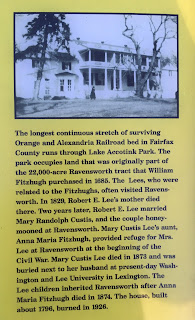 The site is part of the 1685 Ravensworth Tract - that's a long time ago! 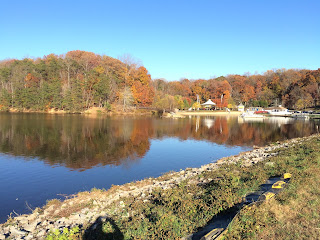 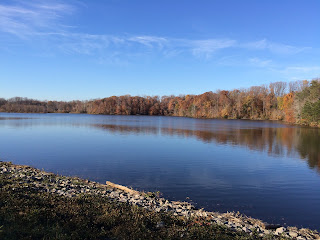 The lake is pretty. One of the traditions of Springfield Days is a competition to see whose cardboard boat can stay afloat longest. I've never seen this... but I'm told it's fun to watch. 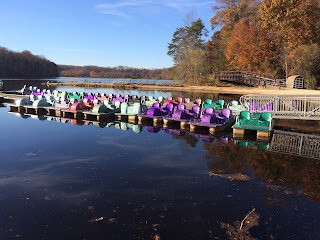 Here's another thing to do that I've never done: a summertime stroll on the lake with one of these paddleboats. 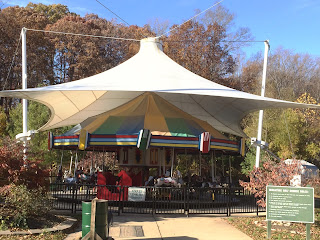 ...or taking my grandsons on this merry-go-round!